If I did videos…if I was a vlogger…I’d be jumping up and down pacing the room with my arms doing wild and erratic undulations foaming at the mouth. But I’m not so I have to figure out how to distill the…shock…disbelief…utter bewilderment…and frustration that is more likely to process its way to my fingertips in the form of hands thrown up in the air in utter surrender into cohesive thoughts. In other words, I’m having a hard time typing because every single time my mind starts to really process this, I basically look like this Jackie Chan meme.

So what has me so riled up?! Of all things, an online dating app. Specifically, a rather new entry aimed at an Asian demographic, eastmeeteast.

It’s no surprise that the data spies over at Facebook decided to flood my sidebar with ads for this new dating service. I started seeing them pop up last month but didn’t really pay much attention to it aside from the occasional pictures of some very beautiful Asian women. The ads became more persistent recently and also more…objectionable…so I decided to look into their service a bit more. I did not like what I saw.

The motivation behind the service seemed to be noble enough. When its founder, Mariko 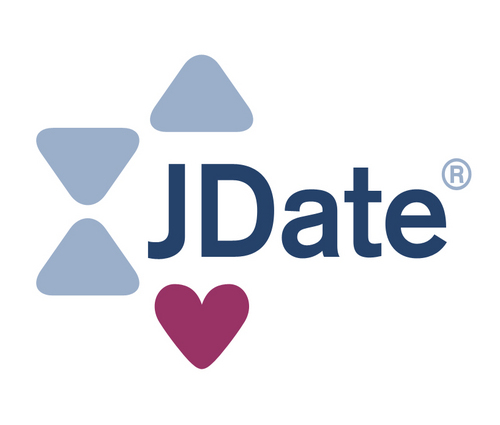 Tokioka came up with the idea, it was because she ‘wanted to meet someone who shared [her] culture and language, and could talk to [her] parents’. She went on to say that ‘it was very hard on existing dating sites because they tend to group all Asians together’. And I get that. I can relate to that. I have always dated Asian women because of that convenience and connection of shared cultural experiences and perspectives. It is nice to start off from a very similar background and build off of that, and I do have to agree that when I did use online dating to help me find someone, while there was an option to either specify that you either were Asian or looking for an Asian, you couldn’t really specify any further than that. So you were taking a very large and complicated and diverse geographical, cultural, and ethnic 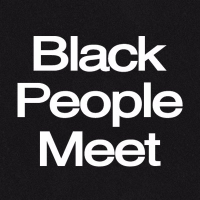 category and reducing it to one and the same. I mean hey, I would love to be able to date a Filipina, but I’ve never been able to just search or at least prioritize being matched up with Filipinas. In much the same way that there is jdate for Jewish singles, BlackPeopleMeet for black singles, why shouldn’t, or rather couldn’t, there be an app or site or service designed specifically to help Asian singles? Noble intentions or pragmatic approaches aside, Mariko was very sensibly and practically addressing a need that was there to be filled.

the world. There’s a large audience for it, you just need to make sure you are marketing it properly. And this is the first part that really missed the mark and got me wondering what exactly these people were thinking. Suddenly if I was on Facebook at work and an eastmeeteast ad would appear on my feed I’d have to very quickly and furtively scroll past it lest wandering eyes catch a glimpse and wonder what the hell I was doing. A service meant for Asian singles to meet with Asian singles started to pose itself like those mysteriously vague massage parlor ads you see on the back of bad local newspapers. This is not the kind of picture you want associated with your service and it’s also not the kind of membership you want to advertise having. Suddenly I had to question whether or not this service was even legitimate or if I was being asked to join some sort of strange escort service and the FBI would be knocking on my door. If you have real members who

are honestly and genuinely interested in finding a partner, why not highlight them? Instead I feel like they are reducing themselves to the very basest and simplistic stereotypes of ‘yellow fever’. Speaking of which, can an Asian even have ‘yellow fever’ being, you know, ‘yellow’ himself? I feel uncomfortable looking at these ads and considering what kind of service they might actually provide. And it isn’t even a one-off thing. These ads were taken directly off of eastmeeteast’s official Twitter account. These are their ads. This is how they want you to perceive them. I’m even extra careful writing this right now at work because I don’t want people to see the pictures on my page as I type. Again, ugh, what the hell guys? What’s your marketing goal here? When it comes to Asians and especially dating Asians, there are enough stereotypes to have to battle. Pictures like these just continue to

perpetuate them and create unrealistic expectations and depictions on both sides. I want to date an Asian women because of the cultural background, similar experiences and interests, and because in general, I just want to. It really shouldn’t have to go beyond that. I don’t need to be tricked into thinking about those awful and outdated stereotypes of the shy, meek, submissive Asian girl and god help you if you’re trying to convince women that’s what we want either. It does no good especially for a service that is supposed to be even more connected and relevant to this particular community. I also think there’s a very fine difference between being self-aware and being self-defeating. So flat attempts at meta-racial humor like this aren’t funny or show some sort of higher level of awareness. I think it shows that this is a company so far-removed from its intended audience that it mistakes hyperbole and exaggeration for poignancy. This wasn’t cool when Mickey Rooney did it. It’s especially not cool when we’re doing it to ourselves. Again, seriously, I have to remind you that all of these pictures are taken from eastmeeteast itself. I don’t mind the name, eastmeeteast, as it correctly and accuralte depicts the intended seekers and potential matches. I understand, just as anyone else who comes across the app, what it is for. But beyond that, I just want it to be treated like any other dating app, and me to be treated like any other person hoping to find love or at least a connection. Once within the confines of the eastmeeteast world all I would want to expect is a smart, sleek, convenient way of meeting people. Yes they would be Asian and but the matching process should be the same. What are my likes. My dislikes. What do I do for fun. I feel like if I were to sign up it’d gauge my matches based on chopstick skills.

I think the worst thing about the service though is that it continues to perpetuate, profit on, and portray a message about dating Asians that we should really be trying to dissolve or disassociate with. Apparently, female members who sign up for the service can join for free, but men are charged $30 per month. Well let’s ask the owner and founder what she thinks. And I quote, ‘statistically Asian women are wanted more [by men of other ethnicities], but Asian men are not so much desired’.

YOOOOOOOOOOOOOOO. WHAT?! Did the Asian owner of an Asian dating app just say that?! I’m about to start angry pacing up in here again! Honestly, this isn’t even a statistic I want to prove or disprove. It’s a perceived fact based on cultural stereotypes that I want the person in charge of helping me potentially find love to not even consider.

I’ve had to deal with this assumption my entire life. It’s become such a seemingly subtle and deceptively harmless facet of everyday racism towards Asians that even I’ve limited

myself sometimes because I convinced myself that no one outside of my own race would ever be attracted to me. I’ve been attracted to people of all different ethnicities and races, but I tend to always hesitate because I think I don’t possess the right qualities to appeal to someone beyond my own cultural scope. Asian men are often depicted as not masculine enough, not tough enough, assertive enough, or confident enough to go out there. Filipinos tend to be pretty short and often have much softer facial features. I happen to be six feet tall and big but still I often feel less than ‘manly’ enough. This is a damaging stereotype that hurts people’s confidence and prevents a lot of people from taking more chances. Now I’m not saying I expect eastmeeteast to deny this or rewrite history or change people’s expectations. I expected them to rise above it by not even addressing it. I believe that the truth is nowadays people are looking beyond appearances and stereotypes. Dating nowadays is such a global and interconnected phenomenon that one cannot help but become much more diverse in choices, preferences, and attractions. But eastmeeteast is very clearly trying to get across the message to Asian men that we are at a natural

disadvantage in the real world. We are unwanted outside of our limited groups. Be wary, Asian man, for Asian women can go anywhere and get picked up by anyone, and you will be left alone. They are profiting by continuing this destructive belief. Asian men should be happy and willing to pay a monthly fee because by doing so you are getting access to an exclusive collection of Asian women who still might actually want an Asian man. What kind of crazy backwards self-defeatist thinking is this? Why are we seriously trying to capitalize on a message we should be trying our best not to spread? That’s what really got me the most. There is a history of racial profiling in online dating apps and the mainstream media portrayal of Asian men has always been less than favorable. Why are we now doing it to ourselves to control and intimidate Asian singles? I’ve done a lot, and still am doing a lot, to help improve myself not only as an individual but as a future potential partner. I keep myself healthy and fit with regular exercise. I’ve taught myself to cook. I’ve developed a well-rounded and diverse personality with many interests, hobbies, and activities. I didn’t do them to supplement some unnatural genetic or ethnic disadvantage. I did it because I wanted to be viewed as an individual for my individual qualities and traits.

Again, don’t get me wrong. I have nothing against the idea of a site that is aimed primarily to help Asian singles meet other Asian singles. But I don’t need the site to further depict or decide what being Asian means or is about and how we should be portrayed. I know from personal experience how hard it can be sometimes to find someone specific in a seemingly endless sea of ever-increasing fish. A little assistance is never a bad thing. But there’s something seriously messed up and slightly sinister behind eastmeeteast. I just think it’s way too off and there’s something wrong with how it’s presented itself. It depicts Asian women as these goddesses, sirens to be desired and dominated. It preys on the cultural stereotype of unattractive Asian men who must be willing to do anything to meet someone. The whole thing makes me feel uncomfortable. Confused. Shocked. I guess I’ll look somewhere else when the time comes.

18 thoughts on “Day 236: The Man and the ‘I’m too angry at this ridiculous dating service to come up with a clever title because, like, SERIOUSLY?!’; ‘Hesitate’”