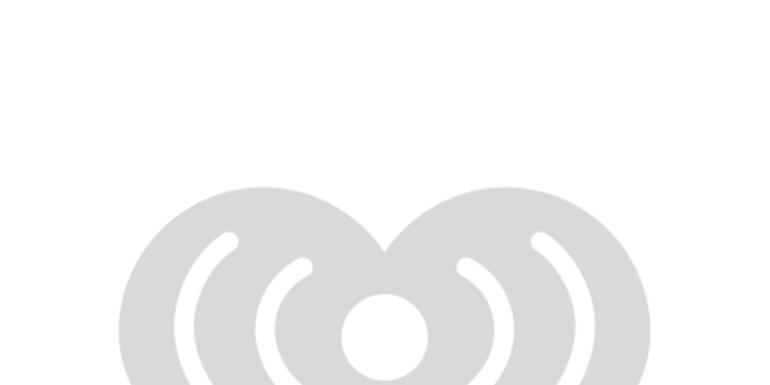 I was listening to Elvis Duran and the Morning Show on the way to work like I normally do, and Elvis mentioned an interesting article that Cosmo posted based on an eHarmony study. Now fair disclaimer, that means I am hearing a summary of a summary of a report, but I did do my research and yes, there was a Cosmo article, though I couldn’t find the actual study that eHarmony Australia did.

It basically raised two very troubling (if true) statistics about modern dating that make me worried about the kind of environment in which people are trying to find love. The first is that on average, a modern single person is now ‘dating’ up to six different people at the same time, and that because of this it is becoming increasingly more common for people to simply ‘ghost’, that is to say ‘disappear and no longer communicate with’, one another than actually face a breakup.

This bothers me for three reasons.

First, is that clearly somewhere along the line the term ‘dating’ changed, and I’m not sure

I like where it’s gone. It used to be, a date was a commitment. Not a huge one, mind you. Not something exclusively for those already in relationships. But it stood as a distinct separate entity. Now I hate myself for saying this and sounding so old, but I do NOT believe in ‘Netflix and chill’. Guy or girl, you used to get nervous asking someone out on a date. There was this giddy excitement and eagerness because you knew you were trying to say something, hint something, investigate something between you and your date. It took time and effort and people had to actually come up with ideas. With the abundance of options and choices now, people stopped trying. If you were the one asking and they didn’t like the plan? No bother, you could just find another. In a way, there’s no more risk, which means no more reward. You couldn’t, in my world at least, manage to ‘date’ six people at the same time in the same level of intention and attention. The only way I could see this happening is if the dates themselves have become passing thoughts. Exchanging flirtatious texts but seeing each other only once or twice a month is by no stretch of my mind ‘dating’.

I mean come on people. Is this the best we can do now? I get it, you’ve got plenty of options, there’s no more of that fear really, that trepidation. We’re no longer on our toes. We’ve forgotten how useful, how powerful, that motivation was though. I never wanted my date to feel bored or uninterested, and I wanted to show just how much thought and effort I put into whatever it was we did. I’m not saying it was better because I spent more or did more. I’m saying it was better because it meant more. Bowling, billiards, mini golf, they were all fun because there was a bit of competition in them and so you could rib each other, place harmless little wagers, and bond in the spirit of rivalry. Escape rooms, painting classes, any sort of collaborative activity builds companionship and compatibility. If it was a movie, it was a movie we were both

really really wanting to watch, or maybe a horror because you know, she would have to move closer to me during the really scary parts. Hahah. Across the board, both men and women complain in their existing relationships that one of their biggest frustrations is lack of interest/involvement/variety in planning dates. People, let me repeat that. These are people already in relationships. Now if you’re single and looking, if you’re already starting with one of the major obstacles as the defining characteristic of your dating style, is it any wonder you’re unhappy?

Second, can we talk about the sheer number of people we are supposedly ‘dating’? Does anyone here find the idea of trying to manage and handle a mature, complex, multi-

faceted relationship with not one, not two, but six different people particularly appealing? I don’t even hang out with six people in group settings. Again, I fear that the seeming abundance of options and possibilities has created this paradox of surrounding ourselves with people but lacking the ability (or is it the desire) to really connect with anyone. Social media everywhere but not a single friend. Relationships are beautiful, energizing, exhilarating things. You might think then ‘the more the merrier’ but that’s almost never the case. Are these other people even aware of each other? I can’t imagine the feeling of being mislead or misinformed and thinking that I might be pursuing something with this one person and not realizing that not only are there a whole bunch of others, but maybe I’m not even top of the totem pole. I get the desire to want to be able to keep your options open, and of course wanting to get to know people more to decide what might transpire, and certainly life may throw more than one really strong possibility in our face and we would be remiss not to take the opportunity, but if I’m ‘dating’ you, I’m dating you. And if there are other people, I’d like to know up front, because I don’t want to throw myself so heavily into something that could just end up crowded and complicated.

Third, and I think this is very strongly related to the second, I am absolutely ashamed and embarrassed that this concept of ‘ghosting’ someone has not only become more popular,

but that it is becoming accepted. In case you are not aware, ‘ghosting’ someone is when, rather than telling them up front you are no longer interested, you simply avoid all their communication and effectively ‘disappear’ off the face of the earth so that they get the point. Well yeah I mean if you’re going to be dating six people at a time that’s potentially up to six different breakups you’ll need to go through so I can see the appeal of wanting to avoid the confrontation altogether but then I’d argue, if you’re not mature enough, prepared enough, capable enough to handle one breakup, don’t date someone, let alone six people. Yes, break ups are hard. They’re messy and painful for both people but they serve a very important purpose in our development and well-being and growth as adults capable of love and care and empathy. They teach us skills and vocabulary about love and loss and appreciation and pain. There is something to be said about being able to break up with someone in a mature and confident way and, on the other side, being able to handle being broken up with. Instead of creating this community of stronger, more understanding people and lovers, we create cowards. Cruel, cold people who can’t see past their own noses. Now I have to admit, before I realized this was a thing, there were a few times in high school and after college where, seeing that there was no real romantic possibility with this person, I thought I was sparing their feelings and doing them a favor by seemingly disappearing off the face of the earth. But it’s not true, and it’s never true, and please, from me to you, do not ever kid yourself into thinking it may be. You know humans need closure. That lack of knowing, that constant wondering, that could hurt more. And you never know. What you have to say to us might be the difference we need, the spark of understanding that helps us grow and improve. Don’t deprive us of that chance.
I know we’re better than this. We have to be. We can’t be both the generation of countless rom-coms and epic proposals and all this other super cheesy ridiculous stuff that’s too far off that deep end and yet also be the same people who normalized ‘Netflix and chill’ and ‘ghosting’. It’s just too far off on both spectrums. Dating is

complicated enough as it is. But it’s an important part, a beautiful, vital part, of living and we can’t just compromise with it so much. That’s what I think I fear the most. What we’re beginning to be willing to live with, to accept, to normalize. Now, I know I’ve written before about my passion for what I call ‘marathon dates’ and I’m not by any means saying that should be the norm either. Besides, that’s my specialty. That’s what I bring to the table. Get your own. Hahah. I’m saying that let all the new benefits of modern online dating make us better. Because there are so many options, because we have so much more freedom now, we should be trying harder. Getting deeper to the heart of people. Understanding more of what we want and what we have to offer. We shouldn’t be trying less just because we know that if it doesn’t work out, there’ll always be another.

And as if I wasn’t already too much of an angry old man over this, here’s a wonderfully funny, yet still quite relevant, dating video from the 50s. This is a real one, btw. Not a parody.